In a town like Polykastro, where the public transport service is limited, moving around
through long journeys becomes complicated and often tiring, unless you have your own
means of transport; this could be doubly true for the refugees of the Nea Kavala camp,
whose financial resources are rather limited.
But to overcome this obstacle, the Open Cultural Center team has made available a free
Bike Rental service, open to everyone in the community, despite their nationality, their
gender or their religion.

Originally operated in a partnership with A Drop in the Ocean, the service became of
exclusive management by OCC in September 2019, and has its current location at the 190
of Megalou Alexandrou, Polykastro main street, along the organization’s other services.
After having been signed up for free during the weekly registration day, usually on
Wednesday, users can borrow a bike without any fee and using it up to a limit of 4 hours
per day during the week, while on the week-ends they are can take bikes on Friday to
bring it back in Monday morning.

However, in addition to providing a community transport service, OCC’s Bike Space has
given to many volunteers opportunities to learn new skills, with workshops aimed at
teaching how to ride a bike, for the ones that never had the chance to learn it in their
native countries, but also how to fix damaged ones, as now all the reparations are carried
by an internal team without external intervention: “Before I came to Polykastro I knew
nothing about how to fixing bikes” – says one of the team members – “Now I can
definitively say I have learned a lot: flat tires, broken handlebars, brakes, no bump is a
problem to me anymore”.
Looking ahead, there already plans about a second renting point in Nea Kavala, the one
active during the co-management with Drop and currently closed, but which OCC plans to
reopen in the future. 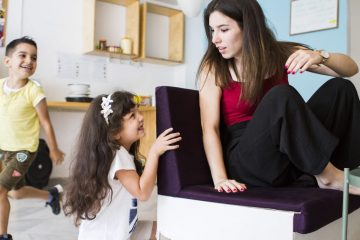 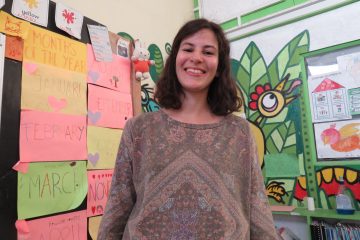 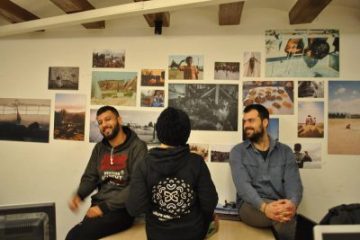 ESC Traineeship for language teachers in Moianes (close to Barcelona)

For a period of 6 months, starting as soon as possible, Open Cultural Center is looking for an ESC trainee to teach Spanish at our project in the North of Catalonia (Castellterçol) where we are hosting 8 youth migrants and offering them a wide range of educational activities.

Necessary Always Enabled
Necessary cookies are absolutely essential for the website to function properly. These cookies ensure basic functionalities and security features of the website, anonymously.
Functional
Functional cookies help to perform certain functionalities like sharing the content of the website on social media platforms, collect feedbacks, and other third-party features.
Performance
Performance cookies are used to understand and analyze the key performance indexes of the website which helps in delivering a better user experience for the visitors.
Analytics
Analytical cookies are used to understand how visitors interact with the website. These cookies help provide information on metrics the number of visitors, bounce rate, traffic source, etc.
Advertisement
Advertisement cookies are used to provide visitors with relevant ads and marketing campaigns. These cookies track visitors across websites and collect information to provide customized ads.
Others
Other uncategorized cookies are those that are being analyzed and have not been classified into a category as yet.
SAVE & ACCEPT
Powered by