The impact of OCC in Salam’s life

My name is Salam, I am 25 years old, and I am from North Syria, Afrin, but I was raised in Aleppo. I came to Greece in July 2017. First I went to the camp of Chios, but after a month I moved to Nea Kavala camp. The conditions in this last one were awful. For that reason, me and three of my friends were thinking of leaving Nea Kavala. But then someone told us about Open Cultural Center, about the classes and about the Cafeteria where we could do different things.

We started coming to OCC, and it was very helpful for us, as the situation in the camp wasn’t getting better, at least in OCC we were getting to know new people, learning new languages, having different stuff to do, playing games in the Cafeteria, having parties… To be able to stay away from the camp, even if for an hour or two, is amazing and was very important for me.

After some months, they asked us to volunteer with them. I volunteered at OCC for almost a year, mostly in Kindergarten, but also in the Cafeteria, serving as a translator or fixing bicycles… I also got the opportunity to improve my English. Actually, I can say that I learned English from zero in OCC. We were working together, and we were helping each other to make the project better, for example creating new activities. Back then, in 2017, there were fewer activities, but we were improving, always sharing ideas among all the volunteers.

For me, meeting the volunteers was one of the most important parts of being here. They are open, kind, and they like to talk to new people and make new friends. Getting to know different cultures and exchanging ideas and points of view is still very important to me.

After spending one year at OCC, I left, and then I came back at the end of 2020. We were in lockdown, due to COVID-19, and we were repairing anything that needed to be fixed. After three months I left again, this time to go volunteer on different projects around Greece. And I came back here again a month ago, in March 2022.

I really like Open Cultural Center! As I said at the beginning I was planning to leave Nea Kavala but OCC was the thing that made me not go. Staying in the camp sometimes can be very difficult, because you spend the whole day in your room, doing nothing, and that can be challenging. Coming to OCC is very good, because you meet new people, you learn, you do activities, you play. I think their job is very important because not a lot of people in Europe know about Nea Kavala.

So, if someone wants to help, they mostly go to the islands, or to Athens and places around it. They don’t usually come to Polykastro. So it is very good that OCC is here, because otherwise we would be forgotten. I like everything about OCC, but to me the most important thing is that they are here, and they are not leaving. 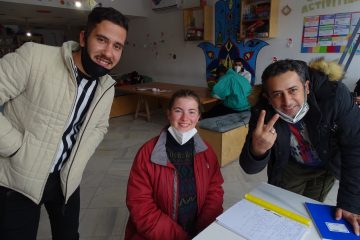 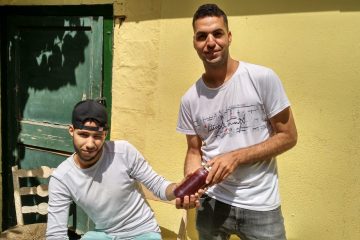 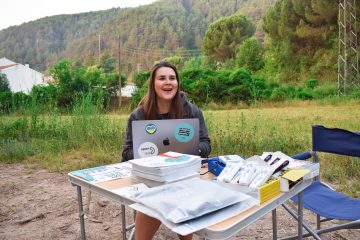